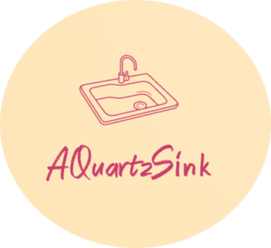 All You Need to Know About Quartz Stone

Quartz stone has become a new favorite of decorative stone, and its advantages are apparent to all, so how much do you know about the origin of quartz stone? This article will take you to understand the history of quartz stone.

The origin of quartz stone

Quartz stone was born in Italy in 1984; the production technology is exclusive to the Italian company Bailitong, known initially as Bailitong stone, is made of more than 93% quartz crystal, plus 7% resin and trace elements under vacuum conditions.
With the spread of the technology of quartz stone manufacturers worldwide, it has become a new popular trend.

The application of quartz stone

In recent years, quartz stone processing plants have been established in many regions in China and actively promote the market application. From exports to Europe and the United States to the promotion of domestic demand, quartz slate moves towards thousands of households
At first, quartz stone was only used in cabinet countertops, furniture countertops, and laboratory desks with higher surface requirements.
With the economic development and the further maturity of the market, more and more floors, walls, furniture, and other fields abroad begin to use quartz stone, such as various large hotels, luxury housing, landmark buildings. Quartz stone is gradually becoming a substitute for natural stone.
And the use of quartz stone customers is also constantly changing, from traditional wholesalers to real estate development companies. Then to architectural decoration companies, more and more people join the quartz stone consumption trend.
It is no accident that quartz stone has achieved such great success. The advantages and characteristics of quartz stone are evident to all, and the price of quartz stone is affordable.

Quartz is a kind of mineral resource with stable physical and chemical properties. Quartz is a short name for the countertop produced by quartz stone manufacturers because the main component of the countertop contains more than 93% quartz, so it is called quartz.
The primary synthetic raw materials of quartz stone plate are quartz sand, quartz powder, unsaturated polyester resin, glass particles, color paste, curing agent, and coupling agent.
The process of the formation of quartz and the primary raw material
In the intrusive evolution of magma, due to the change of temperature, pressure, and other conditions, the hydrothermal fluid rich in SiO2. It is differentiated and penetrated the metamorphic rock series of surrounding rocks, bedding, and fissures, or intruded along the contact fracture zone of early magmatic rocks, forming.
The classification of quartz stone: powdered quartz, green quartz, white quartz, and yellow quartz.

The difference between quartz sand and quartz powder

Requirements are quartz sand: uniform particles, no impurities, foreign bodies, can not contain metal iron, can not have wind fossils.
Quartz powder: fineness requires 325 ~ 400 mesh, whiteness ≥ 95 degrees (made into a paste with resin and quartz powder, qualified white or translucent, blackened and yellowed as unqualified).

Other raw materials in quartz stone

Specifically, the unsaturated polyester resin is an easily printable liquid polymer that, once cured (cross-linked with styrene, by using particular substances, organic peroxides, named hardeners), keeps the solid shape taken in the mold.

How to identify the quality of quartz stone？

Quartz stone plate is a new type of green building interior decoration stone and reusable environmental protection material.
It should be pointed out that the quality of quartz stone is directly related to resin content.
The higher the content of quartz in quartz stone is, the lower the amount of resin is, the better the quality is, the closer it is to nature, and the more difficult it is to deform.
At the same time, due to the purification treatment in the production process of quartz sand and quartz powder, the radiation property of an artificial quartz plate is better than that of a natural quartz plate.

The development of quartz stone

The annual demand of China’s stone market is nearly 50 billion yuan. Quartz stone in artificial stone, as a rising star, is proud to dominate the natural stone.
It has only been more than ten years since quartz stone entered the Chinese market, but quartz stone manufacturers emerged at a rapid rate.
From a few manufacturers to many regions with excellent quartz raw materials across the country, countertop manufacturers have been established one after another, from the beginning of the main exports to Europe and the United States to the domestic market has gradually become the mainstream, from a small number of high-end products to enter thousands of households slowly.

Artificial quartz stone is slowly replacing the natural stone, explaining the charm of stone to people with a safer and cheaper attitude!
After stirring, quartz plates are formed by vacuum, high pressure, and high vibration, heating and curing, and high-speed water grinding and polishing.

The advantage of quartz stone is that it inherits the aesthetic pattern of natural stone. And it has better properties than natural stone, such as solid hardness, temperature resistance, low water absorption, non-permeable color, etc. It’s 100% environmental protection, non-toxic, and non-radiation.
More controllable thickness and specifications, richer colors, and patterns also make quartz stone an absolute substitute for natural stone.

I am a product specialist in granite composite sinks (quartz sinks) at AquartzSink.com. I have been in this industry for over 8 years.
PrevPreviousGranite, Acrylic, Ceramic, or Glass sink: Which One Should I Choose?
NextThe difference between quartz countertop and quartz sinkNext

1 thought on “All You Need to Know About Quartz Stone”

This guide will tell you the tips to identify quality granite sinks(quartz sinks) and avoid being cheated by the manufacturers!